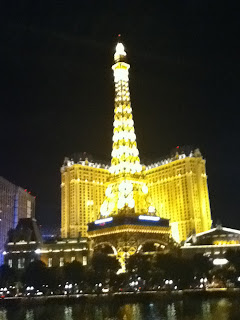 As I sit on the plane heading back to Vancouver I have time to reflect on my #edcampkinder experience.  First off, you’re right, I don’t teach Kindergarten. I have in the past but more than likely I won’t in the future – I have my eyes set on a potentially higher grade level at a later date.  So why on earth would I want to attend a kindergarten focused edcamp?

To begin with one of the things that happens when you’re active on twitter is that you notice links and hash tags (# in front of a string of meaningful letters). At some point over the past year while following the grade one #1stchat hash tag I noticed the #kinderchat hash tag.  I checked it out and liked what I was seeing – really keen, inspiring kindergarten teachers tweeting and blogging about great teaching practices.  I was hooked and quickly started to follow many of them. Over time I built up on-line relationships with several different kindergarten educators from around the world.

When I noticed tweets about #edcampkinder being held in Las Vegas, Nevada in early July my interest was peeked.  I asked a few questions and was told it would be fine for a grade one teacher to attend.  I still wasn’t sure though but my desire to meet people such as @matt_gomez (Matt), @happycampergirl (Amy), and @hechternacht (Heidi) face to face and have real in person conversations was something I couldn’t stop thinking about.

While fence sitting in June I attended a tweet up in Surrey and met @MauiMickey (Michelle) face to face.  She and I had talked many times about #edcampkinder on twitter and she kept encouraging me to attend.  But it wasn’t until we met face to face in Surrey that I realized that I had to attend.  It was as if we had been friends for years. The on line connections were just as real face to face.

With the confidence that the rest of the crew was going to be just as cool at Michelle I booked my flights and arranged shared hotel accommodations with Heidi from New Jersey.

My journey to Las Vegas started off with a few hiccups as my plane was delayed close to four hours in Bellingham, WA.  With time on my side, and a free WiFi connection, I set up camp in the airport restaurant and started following the tweets.  At 4 pm the first official #edcampkinder session got under way with out me.  But that wasn't actually true.  There was a virtual component to the first session and I was FaceTime'd in by Michelle.

Being there virtually was a cool experience. I was passed around the table and got a chance to "virtually" meet everyone face to face.  I even had a chance to "chat" with someone who was also attending virtually.  It was a pretty cool experience and not a bad way to spend an unexpected delay. Eventually though the FaceTime fun ended and I was left waiting in Washington.


Those in Las Vegas continued their session by reviewing the kindergarten projects that they had taken part in over the year.  These projects included and were not limited to skype play and kindergarten around the world. I wish I had been in on this discussion though as I am very certain as a grade one teacher I can tweak these to meet the needs of my students. As a side note I have several similar but different collaborative projects I’m hoping to undertake this upcoming school year so if you’re reading this and interested in joining in please tell me so either here in the comments or on twitter.

I finally arrived at just after midnight and was greeted by @garrioch (Stacey), @MauiMickey (Michelle), and @hechternacht (Heidi) . It was the first time I was meeting Stacey and Heidi and it was great to meet them. So far I was three for three with great immediate face to face connections with my #kinderchat friends.

The next day I met @happycampergirl (Amy), @Havalah (Marya), @Matt_Gomez (Matt), @learningmurd (Mardelle), @Mr_Fines (Jon), @tashacowdy (Tasha) while sitting in the shade around the pool in zillion degree heat. As we got to know one another conversations happened easily as I learned about each one of them.  Prior to this day I had never interacted with Jon or Marya so it was great to get to know them as well. 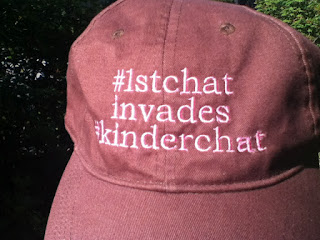 As the four days progressed the professional conversations continued every where – at the pool, on the street, in the restaurants, and even outside the elevators. Here we had ten like-minded individuals together for four days with time to talk, reflect, and learn from/with one another.  And while we had a lot of “unofficial” conversations, we did have scheduled meetings from 4-6 pm each day that took place in different venues, my favourite being poolside.

For me what I liked best about the experience was the 1:1 conversations I had with everyone.  It really was like 24/7 professional development but not in a boring sort of way.  The conversations were spontaneous and real.  I didn’t always agree with what was being said but it was good to discuss, and see a different side of things.  It made me appreciate everyone’s unique needs and helped broaden my perspective on some topics.  As Kindergarten teachers they also made me think about what I do as a grade one teacher because the reality is my students aren’t all that much older than their students so even though the academic demands are greater in grade one, the reality is my students need most of what kindergarten students need – choice, free exploration, and play among many other things.

Another highlight of the weekend was meeting Lisa Murphy, the Ooey Gooey Lady.  Prior to her siting down beside me during our Tuesday night 4-6 session I had no clue who she was (heck I even turned to Marya and asked her who she was since everyone else in the group was so excited to meet her face to face).  Lisa is full of energy and really passionate about what she believes.  In her words (or the words of her book title)  PLAY [is] The Foundation that Supports the House of Higher Learning.  Her discussion and the enthusiasm the crew had for her had me wanting to learn more about her.  I was also curious to read her comment on the NAEYC's Technology and Interactive Media as Tools in Early Childhood Programs Serving Children from Birth through Age 8 position statement .  Needless to say when the session was over I immediately returned to my room googled her website, and did a bit more research.  I also purchased the above mentioned book.

But the BEST thing about the week in Vegas was the relationships that grew and fostered over the four days.  For me what started as a meeting of complete strangers, or slight "virtual" acquaintances ended with meaningful friendships and connections.


A special thank you to Michelle, Stacey, and Mardelle from British Columbia, Amy from Alberta, Heidi from New Jersey, Matt from Texas, Jon from Montana, Marya from Massachusetts, and Tasha from Japan for making me feel so welcomed in the #kinderchat crew.  I am so glad I took the risk and crashed #edcampkinder. You're stuck with me now!